The proof is in the puddin'.

“I’m Portuguese. I feed people. It’s just what we do.”

Thanks to a childhood spent in the kitchen with the Portuguese women in her family, Allison Sayles was baking professionally at 19-years-old while also attending New England Culinary Institute. Shortly after graduation, she moved to North Lake Tahoe to immerse herself in the food industry.

After working as a baker at prominent local restaurants, Allison decided to lease a space so she could bake her own treats in her spare time. “A friend of mine convinced me to open the door one day a week. I told myself that as long as I could cover the cost of the food, I’d keep going.” One day turned into two, which turned into three, and so on — until 2013, when Allison and her husband, Brett, officially opened Sugar Pine Cakery in Tahoe City’s Lake Forest neighborhood on the North Shore of Lake Tahoe.

In June 2018, ‘Sugar Pine Cakery’ became ‘Sugar Pine Cakery & Cafe’ to accommodate the addition of fresh sandwiches and soups. Just like their baked goods, all items on the menu are made with ingredients that are in season, local, and organic (whenever possible). Grandma would be proud. 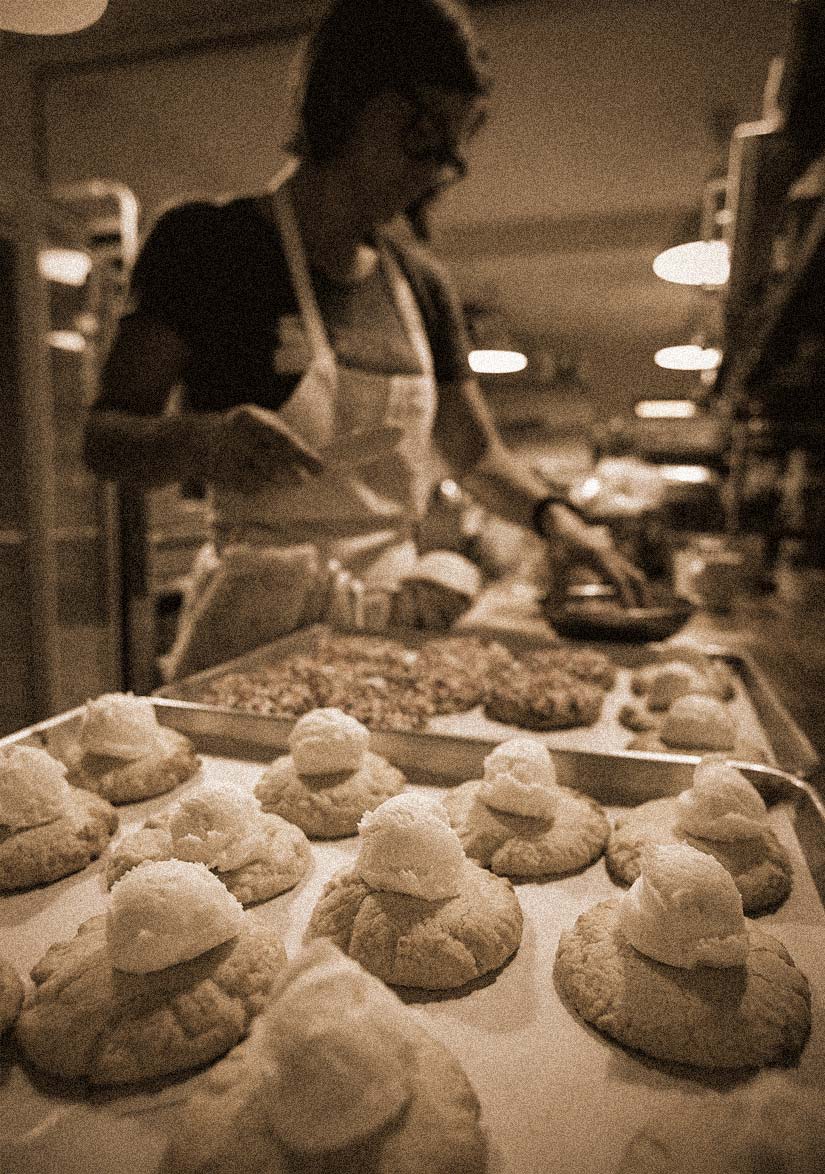